EDMONTON, ALBERTA –September 1, 2022 -- Grizzly Discoveries Inc. (TSX-V: GZD; Frankfurt: G6H; OTCQB: GZDIF) ("Grizzly" or the "Company") is pleased to announce that Full Force Diamond Drilling Ltd. (Full Force) of Peachland, British Columbia (BC) has arrived at the Greenwood Project and has commenced drilling (Figure 1). The Company is starting its drill testing at the copper-gold Dayton Skarn/Porphyry Prospect. Once completed, the drill will move to the Motherlode Target area to test a number of precious-base metal targets. The Company is currently in the process of obtaining the required permits for drilling at the Robocop Project near Grasmere, BC.

The Company is continuing with surface exploration in the Greenwood area while drilling progresses at the Greenwood Project and moves on to the Robocop Project. Crews from APEX Geoscience Ltd. commenced soil and rock sampling in June and have conducted sampling at targets in the Rock Creek area, the Midway area, the Overlander-Attwood area and the Sappho area to date. Additional groundwork including sampling is planned for the Motherlode area and the Copper Mountain area. The groundwork will comprise one or more of prospecting, rock sampling, soil sampling and ground geophysical surveys.

Grizzly has collected a total of approximately 308 soil samples in the Rock Creek area in the vicinity of the Nick nickel-cobalt prospect and in the area of the Ket 28 gold prospect. 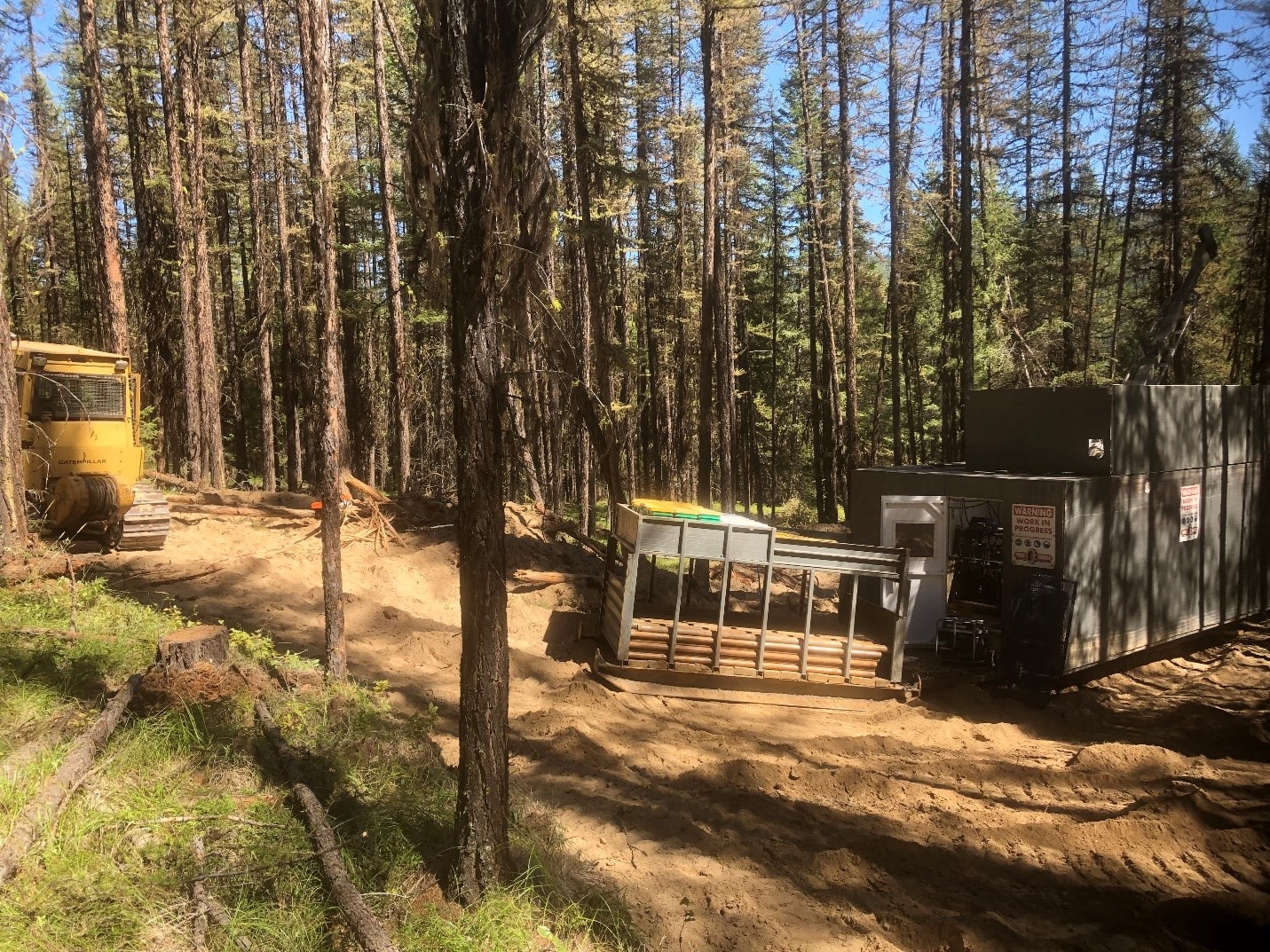 Grizzly has commenced drilling at Greenwood at the Dayton copper-gold-silver (Cu-Au-Ag) porphyry target near Rock Creek. Once drilling is completed at the Dayton Target, the drill will move to the Motherlode area to test a number of skarn related targets in and around the historical Motherlode Pit area 3 km northwest of the town of Greenwood. All of the drill targets are road or trail accessible and located close to excellent infrastructure. Once permits are received for drilling at the Robocop Project either a second drill rig will be engaged to complete the Robocop drilling or the rig engaged for the Greenwood drill program will be shifted to the Robocop Project.

The Dayton IP2 target (an induced polarization chargeability anomaly) was tested by Grizzly with a single hole in 2011 and intersected potassic altered volcanics and intrusives with a near surface intersection of 0.15% Cu and 0.43 g/t Au (or 0.4% CuEq*) over 51 m core length starting at a depth of 3m. Grizzly is planning 3 to 5 holes in and around this target following the IP target to depth.

The Motherlode skarn targets are comprised of Cu-Au-Ag +/- lead-zinc (Pb-Zn) in proximity to the historical Motherlode Mine, which produced significant amounts of Cu, Au and Ag. Prior drilling by Grizzly intersected up 17.15 g/t Au, 41.7 g/t Ag, along with, 0.56% Pb and 1.51% Zn over 1.5 m core length at one of the skarn targets north of the Motherlode Pit.

Figure 2: Epithermal quartz veins and sulphides from the Overlander Target. 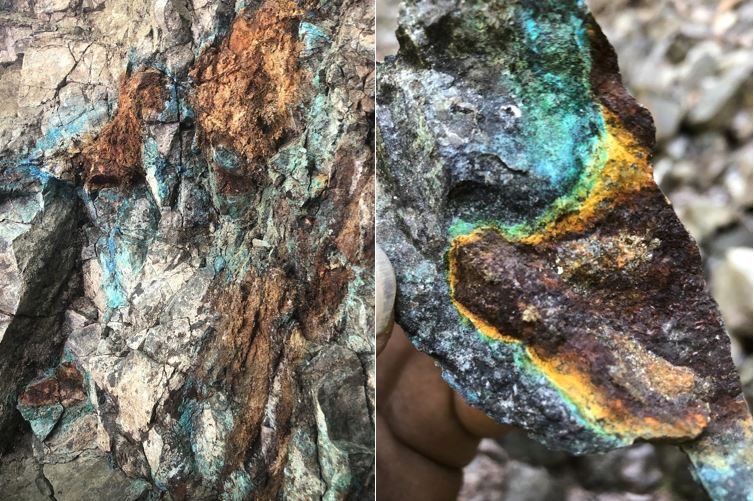 Brian Testo, President and CEO of Grizzly, stated, "We look forward to a successful 2022 drill program after completing a significant financing that will allow us to complete our planned drill programs at the Robocop Battery Metals Project and at our Greenwood Precious Metals-Battery Metals Project. Grizzly has significant potential for new copper-cobalt and copper-precious metal discoveries during a time when demand for battery metals is surging due to the shift to renewable energy sources and electric vehicles. We are looking forward to the results of the initial Phase 1 surface exploration program over the next couple of months to isolate drill targets in preparation for a Phase 2 - 2022 drill testing. The geology of the Robocop and Greenwood areas has the potential to yield world-class discoveries."

The technical content of this news release and the Company's technical disclosure has been reviewed and approved by Michael B. Dufresne, M. Sc., P. Geol., P.Geo., who is the Qualified Person as defined by National Instrument 43-101 Standards of Disclosure for Mineral Projects.

Grizzly is a diversified Canadian mineral exploration company with its primary listing on the TSX Venture Exchange focused on developing its approximately 66,000 ha (approximately 165,000 acres) of precious and base metals properties in southeastern British Columbia. Grizzly is run by highly experienced junior resource sector management team, who have a track record of advancing exploration projects from early exploration stage through to feasibility stage.

On behalf of the Board,

Risks and uncertainties that may cause actual results to vary include but are not limited to the availability of financing; fluctuations in commodity prices; changes to and compliance with applicable laws and regulations, including environmental laws and obtaining requisite permits; political, economic and other risks; as well as other risks and uncertainties which are more fully described in our annual and quarterly Management's Discussion and Analysis and in other filings made by us with Canadian securities regulatory authorities and available at www.sedar.com. Grizzly disclaims any obligation to update or revise any forward-looking information or statements except as may be required by law.